He has the name saint’s name and bird-inspired nicknames. In June, there’s a party for his guardian saint and his fame spreads through the wind when he chirps in the rhythm of xote, xaxado and baião, praising Uauá, his native town.

Antônio Sabino Marques became a birdboy doing the heavy work of a grown man. He didn’t like the transformation. He resisted. He fought. He punched the wind and sometimes people. He took beatings. Only 22 years later he agreed to be called Cavachão (ground-digger), the local name for the sharp-tailed streamcreeper, a “silly bird” who builds its nest in ravines. Before that, he was called Sabiá (mockingbird).

The most famous singer and composer of the land of the fireflies began working at 14, digging the ground for the construction of the road that would link Uauá to Juazeiro. he was paid in flour, molasses and jerky beef. He’d sleep in a wheelbarrow, under a Brazil plum tree. In colder nights, he’d light a fire under that makeshift bed.

As he dug faster than adults, he heard from an envious colleague that he was only good as a “ground-digger”. The distance between that casual sentence to a sticky nickname was given by his anger, which increased when they said the bird was ugly. That was not true, but made him madder at the moniker.

When he was eight years old, Antônio or Sabino, as he was called before growing wings, began to toy with musical instruments. First it was a small guitar with two strings, given to him by Caboclo Preto. Then an acoustic guitar, given by his brother, Zé Pé Queimado.

During the days off his job as a digging worker, as a child, he’d play with Zé, Pedro da Rosa, Doctor Lambaia – famous for only being able to play the song for a medicine ad – and other friends. With them he gave his first sips of liquors unsuitable for birds and, later, some stories that would embarrass him in front of his mother, who was widowed when Antônio was seven.

Need made Antônio work as a construction assistant, in Salvador, in July of 1950. He’d carry cans full of cement on his head, from Monday to Saturday. He credits his bald head to that. On Sundays, he had a commitment: he’d sing, he’d play the guitar and he’d party.

He wrote his first song two years after arriving to the capital city of Bahia, writing the lyrics with charcoal in wrapping paper. In 1954, after his song “Uauá” was recorded by the Melodic Group of Atalaia, from Aracaju, he was invited by Riachão to talk. After finishing his partnership with Riachinho, the samba musician needed someone to accompany him as the second voice.

His audition was with the guarania song “Índia”, that Cavachão was used to singing. Other requests came, all of them easily sung. Two days later, the duo performed at the Ribeira beach, and the gig was broadcast live by Rádio Sociedade.

From there to singing in popular TV shows, it was a blink.

“I am embarrassed, fearful and shy. Those are the three stones I had to remove from my way. I went, I sang and they liked it.”

In the same TV show, he got a new moniker. The early suggestions were names of cities – Uauá, a city no one knew, and Juazeiro, a better known neighboring city. Someone at the audience or maybe Riachão – Antônio can’t remember exactly – said he sang like a sabiá, a mockingbird. And then came longer flights.

The duo and the group As Pastoras were the first to perform at Itapuã TV. Riachão and Sabiá sang on many radio stations, and received letters from all around Brazil. They were invited to sing at Mayrinck Veiga radio, in Rio de Janeiro, but Riachão refused it because he didn’t want to be away from his family.

In late 1957, with the decline of live music TV shows, the duo broke up.

Sabiá went back to the sertão wilderness and became Cavachão again. He composed jingles for politicians. He began playing in the group of Chico Dorope, Auto Barbosa, Ranulfo, Veinho, Zé Pé Queimado, Bico Doce, Cancão and Zé da Janoca. Without noticing, they began to turn Uauá’s St.John festivity in one of the most important events in countryside Bahia.

Once, Cavachão dressed all in white with a red tie to sing. He got drunk and fell in a hole on the road. He woke up very late, lit by the full moon, and got home with soiled clothes, for the shame of his mother. In time, he gave up hard liquor. Cerveja, only when there’s something to celebrate.

In São Paulo, where he moved in 1961, he delivered boxes of Cinzano and operated machines at Geon do Brasil. Even working Sunday to Sunday, he found a way to play in a circus and theater group. When nostalgia pressed his heart, he went back to the sertão again.

He composed “Quero abraçar meu povo” (I want to hug my people), now a standard sung by his fellow countrymen. He became a star of the Umbu Festival and the June festivities. He married Maria do Carmo and had two daughters. Although he was a qualified industrial worker, he found no jobs in Uauá, where there was no industry. He decided to move to Salvador once again and to get back to construction, working for the city administration.

Now, at 84, retired from hard work, Cavachão is part of the Quinteto dos Coroas (the Old Timer Quintet) that performs at the Cantina da Lua restaurant, in the Pelourinho, and the Social Center of his neighborhood, Mussurunga.

Wherever he goes, he carries a leather bag with copies of the book “Master Cavachão”, CDs with some of the 143 songs he published and DVDs, which he sells to his fans. He always gives some for free. Money is not what matters. Birds like to spread their song around. 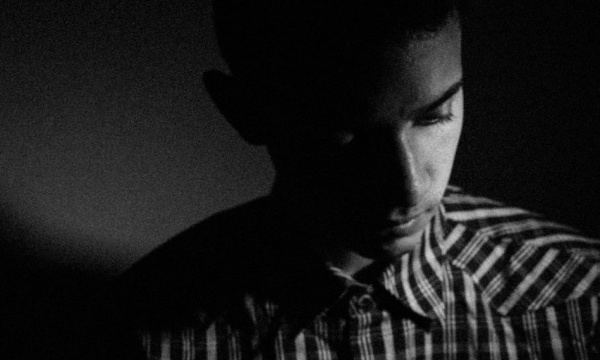 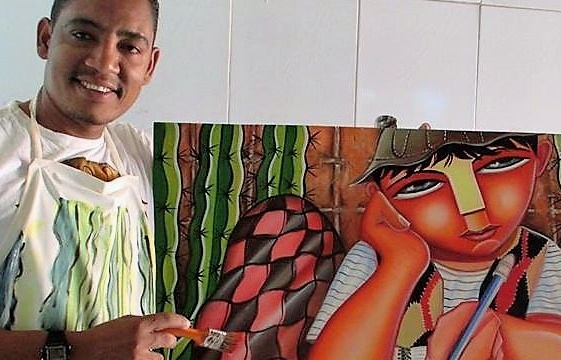